London, U.K. – I said farewell to Poole and took a Southwestern Rail train north Sunday morning. My original plan was to take this train straight to London’s Waterloo station and then use tube/taxi to get to Paddington. I reconsidered this plan as overly complex and simply retraced my steps to Reading and Paddington, changing trains twice. The trains were great and all went exactly to plan, and it was a good thing I changed my mind – I heard that central London was a traffic mess and that there were delays on the tube. So I gratefully settled into my luxurious Hilton Paddington room (with killer air-conditioning). 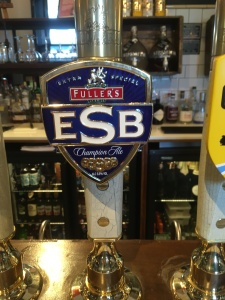 After dropping my bags, I went up to the Bishop and Bear pub for a nice, refreshing pint of Fuller’s ESB.

Renovations to the “Lawn”, the enclosed shopping area, in Paddington have been finally completed after several years and I picked up a few essentials like toothpaste from Boots and some provisions from Marks & Spencer for a light, in-room dinner.

Monday dawned as another hot, sunny day in London and after  breakfast at the Hilton, I was off on a whirlwind day of visiting old favorite, and new, sights.

First stop, the British Library’s Treasures Room. It contains some of the library’s priceless artifacts, such as manuscripts, musical scores, and rare books, many written by hand by their authors (i.e. not copies). Some of the authors today included Shakespeare, Oscar Wilde, William Blake, Chopin, Beethoven, Handel, the Beatles, Hobbes, Karl Marx, Gandhi, Shelley, Michaelangelo, and da Vinci. Other documents included one of the original four copies of the Magna Carta (1215), the original King James Bible (1611), and many beautiful illuminated books. Think of it – you can see up close the original handwriting of these geniuses, see the paper they held as they composed their amazing works! 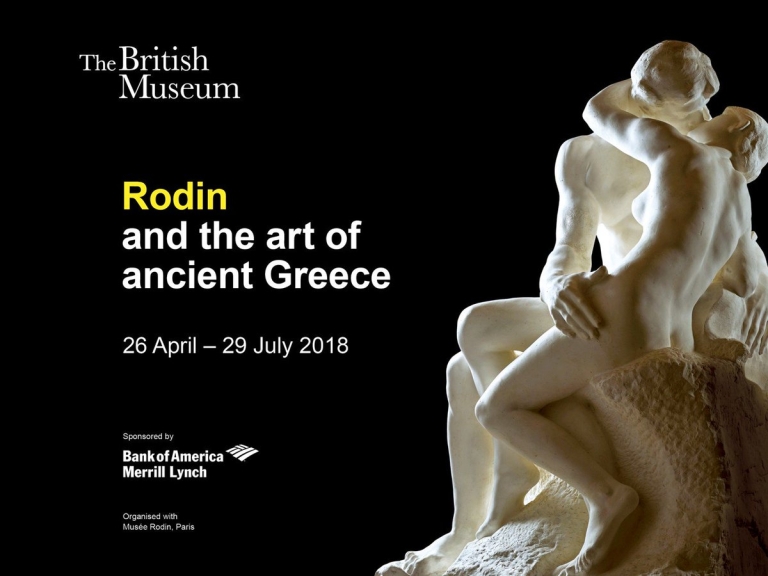 Next, I took the tube down to Russell Square and the British Museum, for its special exhibit Rodin and the Art of Ancient Greece. Rodin is one of my favorite sculptors and it was interesting to learn that his many classical works were based largely on his exposure to museum collections in France and at England (including the “Elgin marbles” – friezes taken from the Parthenon in Athens and on display in the British Museum); he never went to Greece. Like so many exhibitions now, there are things in it that you’re encouraged to touch. Interesting, if possibly germ-laden.

After the exhibition, I tried to visit the Egyptian Hall but the crowd was unbelievable. Hordes of tourists and middle school groups made it impassable so I split. 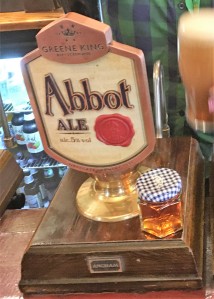 It was lunch time so, I headed for the nearby The Plough pub. Unlike the tourist-jammed pubs directly across the street from the museum gates, this restored Victorian gem is a block further away, blissfully air-conditioned, and was nearly empty.

I had a nice sandwich and a pint of Abbot Ale and rested my weary legs. In the picture at right, note the little jam jar in front of the pump badge – some pubs put them in front of all their real ale (cask) taps so that you can see the color and clarity of the beer. I think it’s kind of a nice thing.

Next, I hopped on the tube and made my way to the Tower Hill station (overlooking the Tower of London) and from there walked out onto the Tower Bridge, headed for the Tower Bridge Experience. This was something new to me, and the view up the Thames on this sunny day was very nice.

During this tour you learn about the building of this iconic bridge, get to walk the high, enclosed walkways between the two towers, and enjoy the view down through their glass floor sections. You get to watch vintage film footage from the early 1900s, and a cool animated short film showing the bridge’s construction. And, the grand finale, is a walk through the nicely restored and organized Engineering Rooms, which explains the machinery that opens and closes the bridge spans for ship traffic. 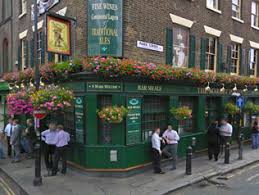 Having escaped the adjacent Gift Shop with wallet intact, I walked over to the south end of nearby London bridge and to my old favorite The Market Porter pub. I was delighted to find that they had Sharp’s Doom Bar on tap and lingered over a tasty pint, watching World Cup soccer action on their TV.

It was getting into rush hour when I got back into the tube at the London Bridge station and made my way back to Paddington. That took three different trains and none of them were air-conditioned. One was packed to the gills and really hot. The Hilton AC was most welcome! Tomorrow: homeward bound.