Oxford is one of my favorite places and I enjoy coming here whenever I can. My Great Western Railway train ride from Bath was fine except for a 30-minute delay, reportedly due to someone being hit by a train an hour up the line. My rail pass continues to serve me very well and, as trains become fuller nearer to London, its nice to be in 1st Class.

This year I decided to stay a night in Oxford and selected a pub with rooms called The Head of the River. It’s located at Folly Bridge on the Thames River, a few blocks south of town and it’s an idyllic location: 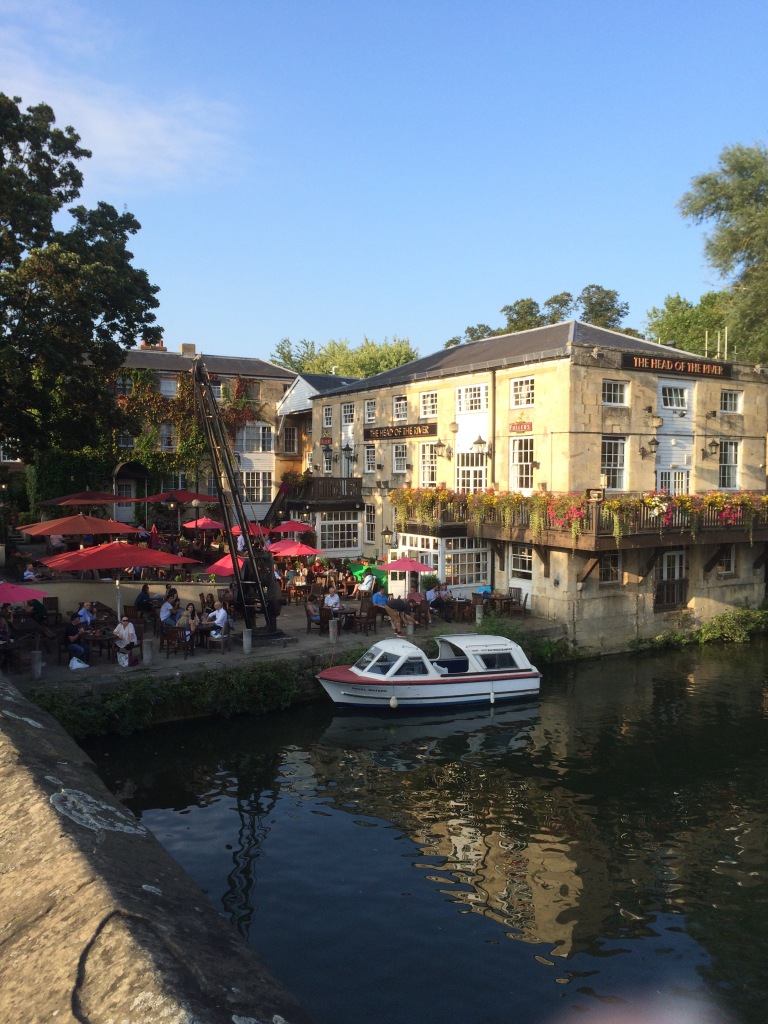 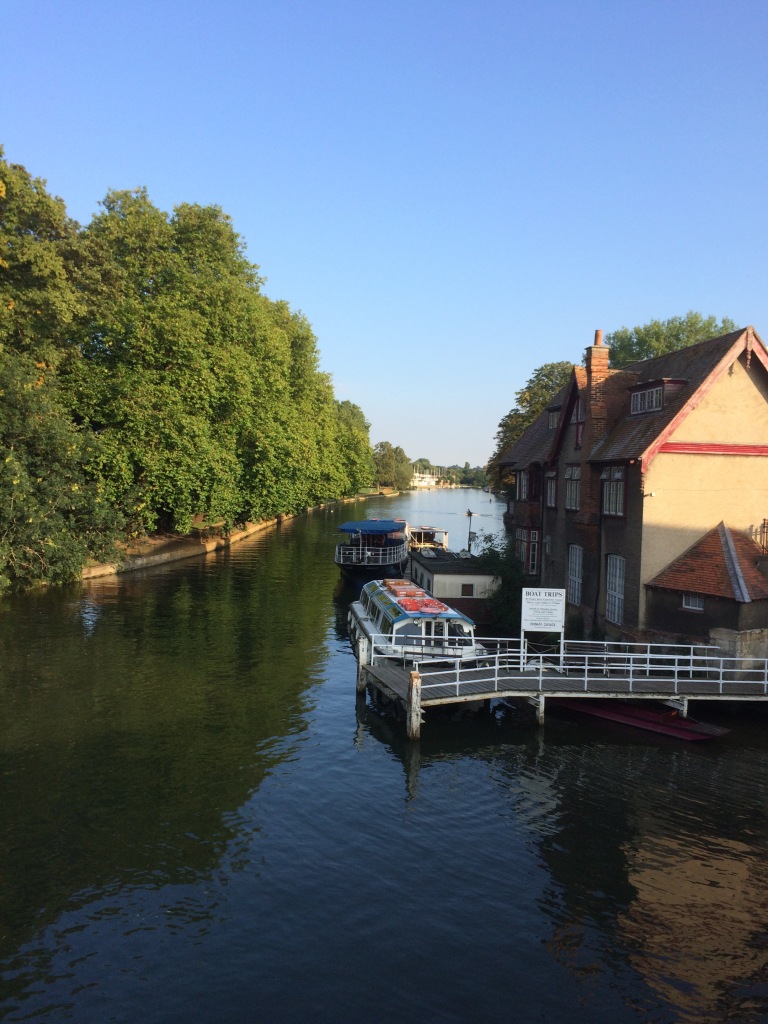 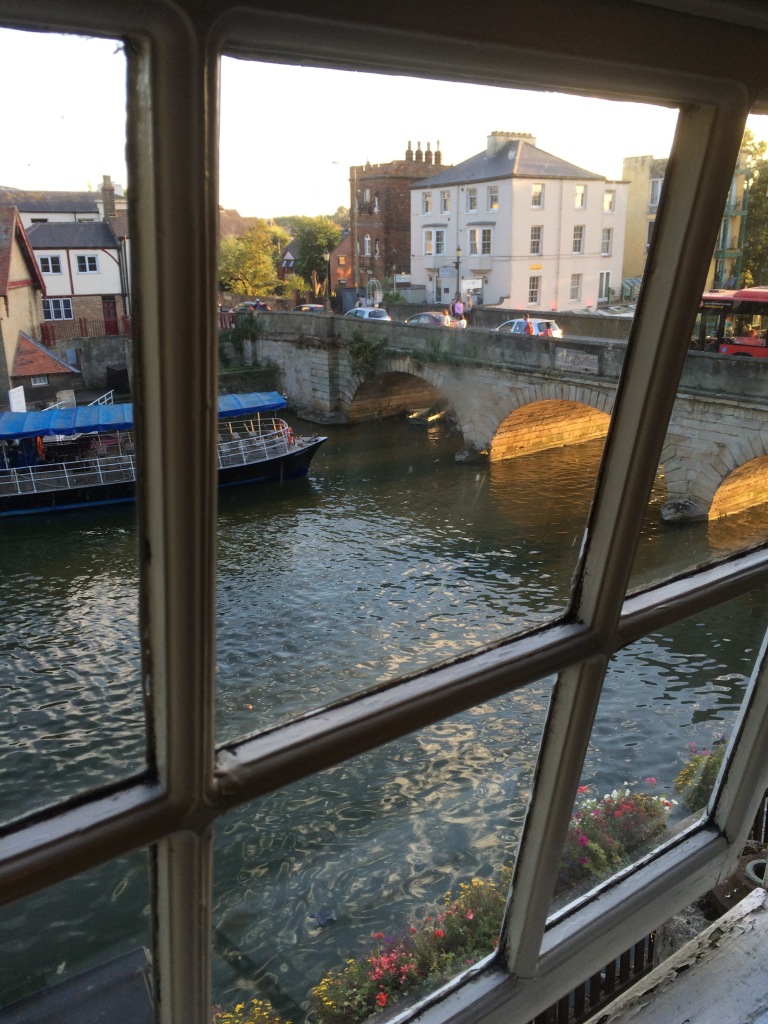 That’s the view from my window and that’s Folly Bridge. Yes, indeed, that’s not your typical “English” weather. It’s been fairly warm here this summer.

The pub is part of the Fullers brewery chain. There are 12 guest rooms and mine was #2 – The Sir Christopher Wren room. Wren was a successful 17th Century architect. Note the painted books and bookcases behind my bed. 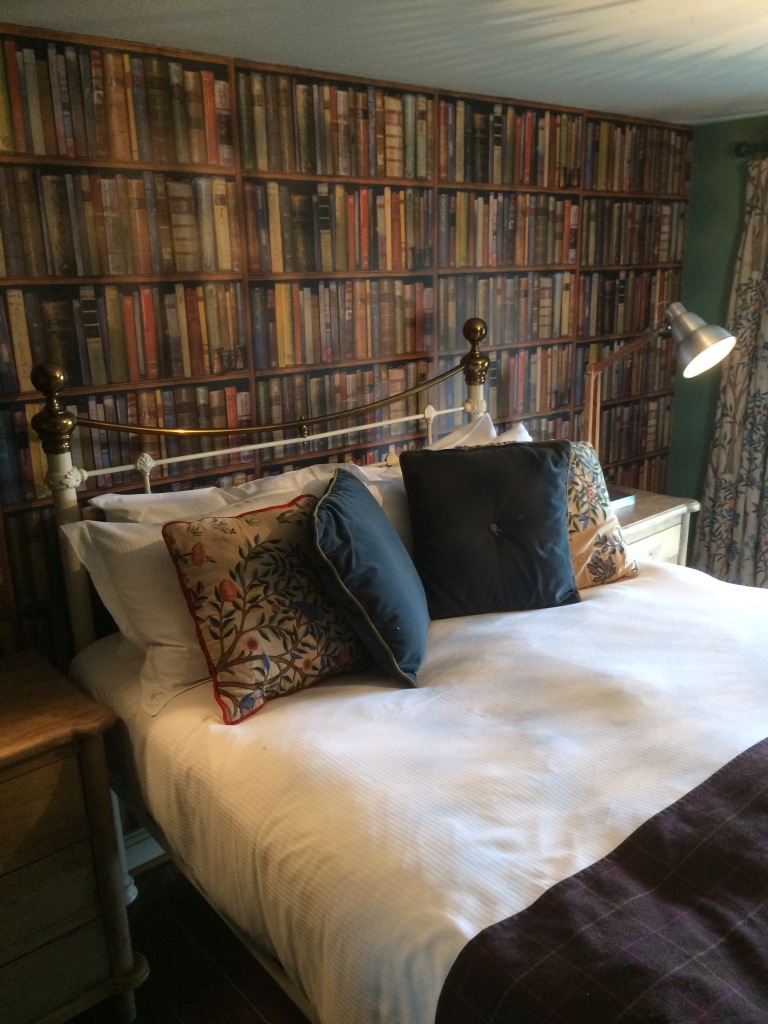 The room was long on theme but short in many areas – the advertised air conditioning was non-existent (and it was warm here – 78F) and there was a shortage of places to put your stuff. In particular, the new wood-plank flooring creaked very loudly in several key places (apparently it was the same in some other rooms because I could hear their creaks in mine). The bathroom was modern, though, and it was a pleasant enough stay for 1 night.

The staff was very helpful, despite a few language problems, and seemed to be Eastern Europeans. They and the Russians have invested in the English hotel scene in a big way.

During Wednesday afternoon, I visited my favorite Oxford pubs and sights, including the replica Bridge of Sighs (built 1914), the Radcliffe Camera (1749), and Christ Church college (1532). 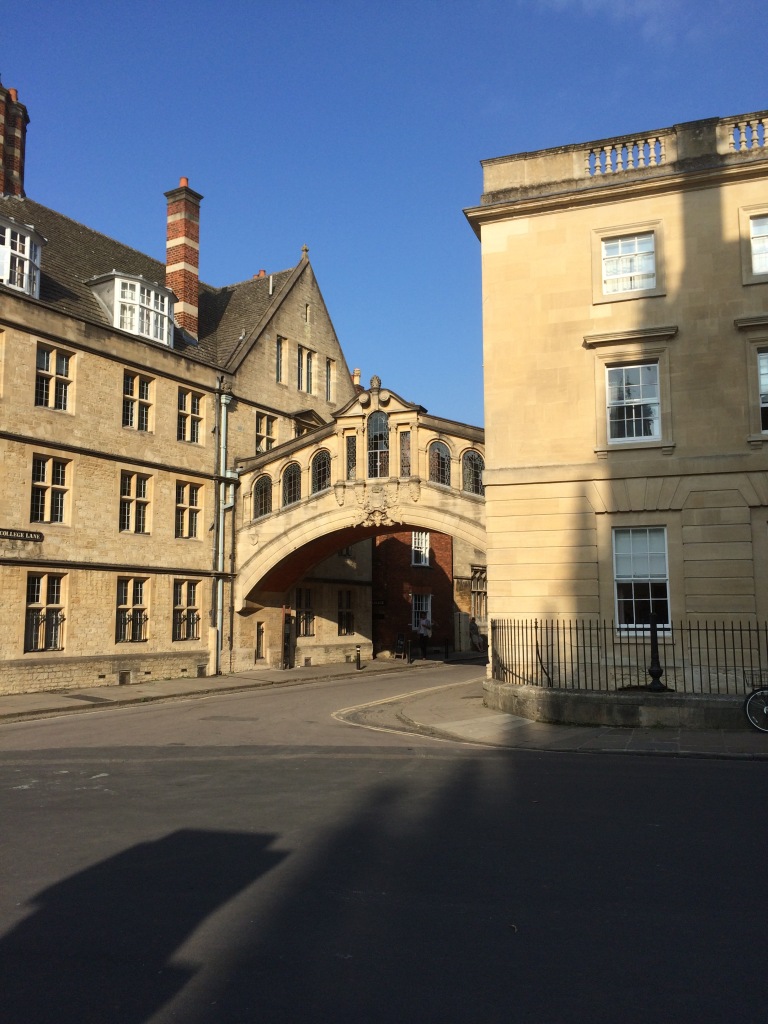 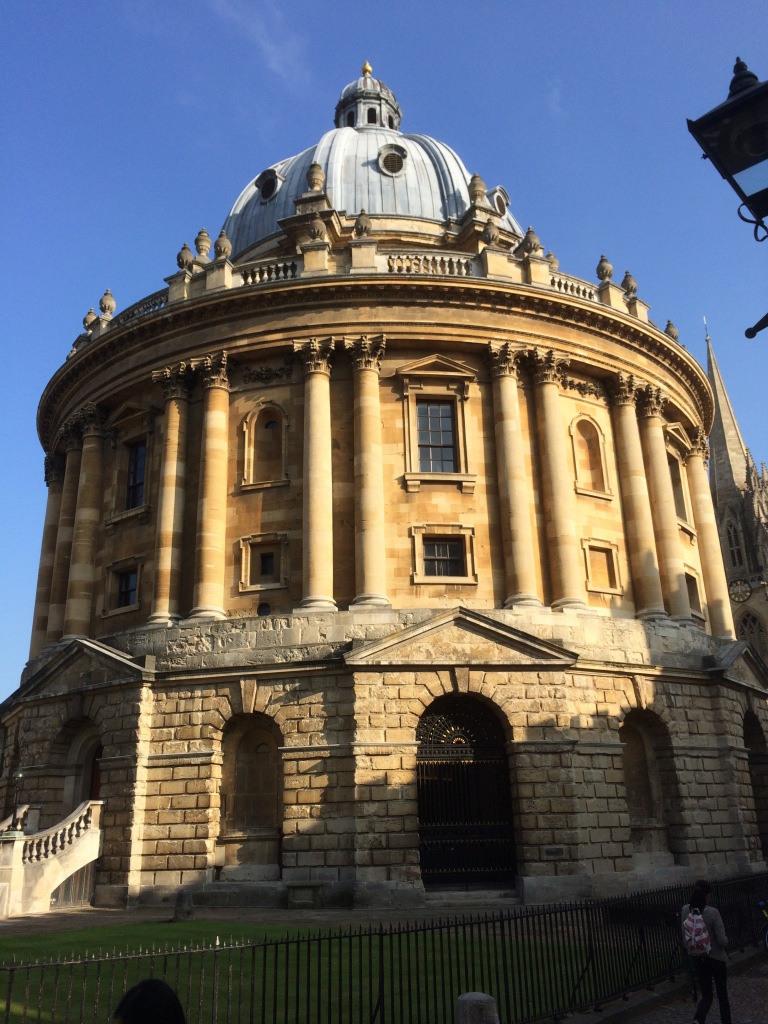 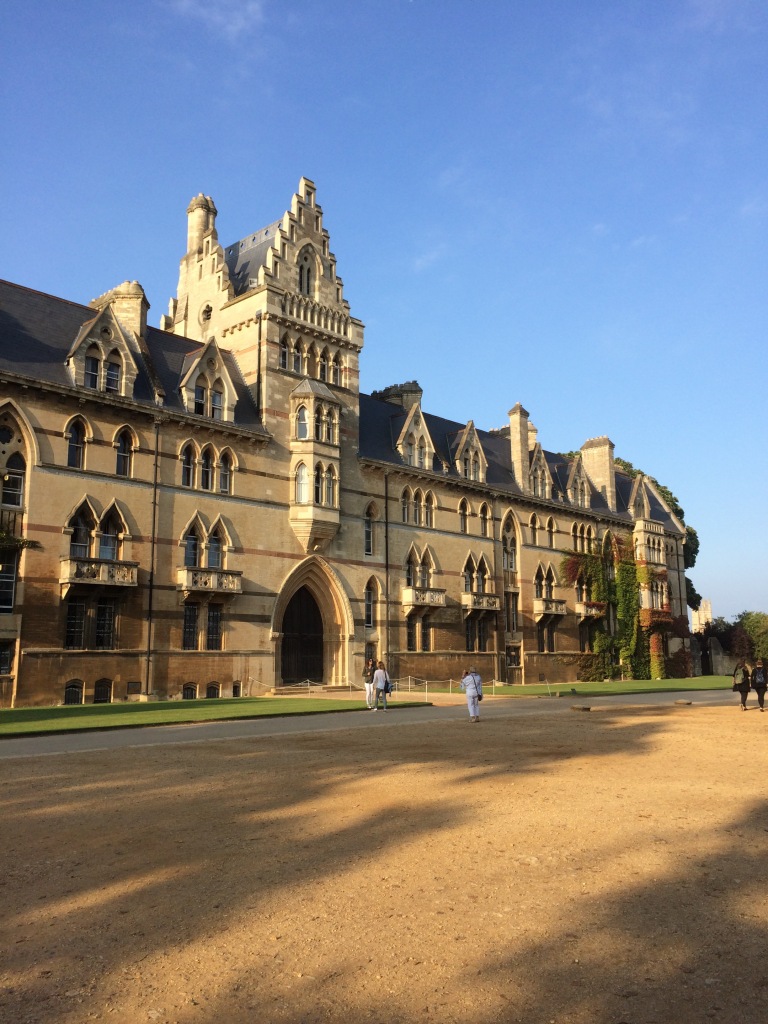 I whiled away the evening at the river’s edge, enjoying a few pints and the warm, clear air. Tomorrow, it’s on to London.