I spent an uneventful, but pleasant, day lounging around Reading and visiting my old haunts. A good night’s sleep left me without a trace of jet lag and I was ready for my next destination.I fortified myself with the Novotel’s breakfast buffet, packed my bags and headed for the rail station, where  I boarded a Great Western Railway high-speed train for points West. I bought a “BritRail Pass” while in the U.S. which provides unlimited travel on any 8 days, in 1st Class. I was surprised to see that the 1st Class coaches were full but I’d taken the time to get seat reservations for my longest rides, and all was well. 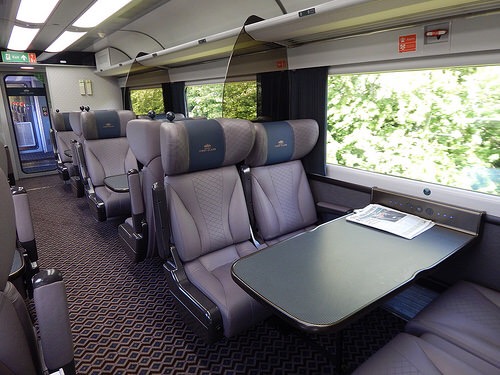 The train experience is nicer than flying in so many ways (for example, no TSA-style inspection or long lines) but you do have to handle your own luggage. With that in mind, I chose to pack much more lightly this year and hefting my small suitcase to the overhead rack was easy. The train featured conveniences like free snacks and tea, free Wi-Fi, and recharging sockets.

My 3-1/2 hour ride took me west and south via Taunton, Exeter, Newton Abbey, and Plymouth, through the lovely English countryside. The sun deserted me, but the scenery was still lovely. The tracks run right along the coastal areas in places and provide great views of the water, with scores of sailboats at anchor. Cornwall is a beautiful area, lush and green at this time of year, with rolling hills and many large farms. Sheep, cattle, and horses generally ignored us as we rolled by. 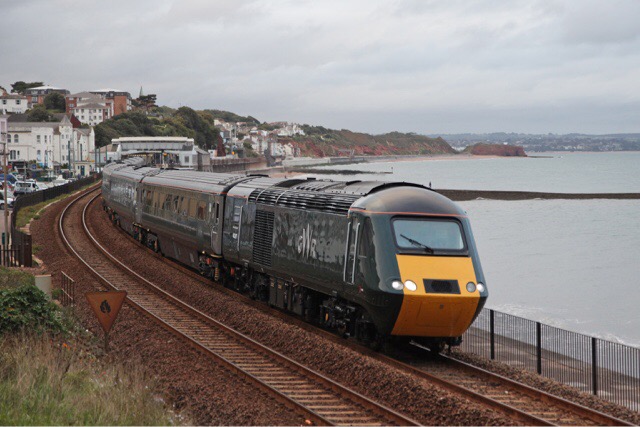 I arrived at Bodmin Parkway station in a bit of a downpour but quickly found my pre-booked Parnell’s taxi, and off we went for Port Isaac. On the map above, it’s on the coast directly north of the station at Bugle. I had considered using two buses instead but the Saturday schedule for them wasn’t at all convenient and, given the rain, I’m glad I opted for the pricier taxi (42 pounds one way).

The drive to Port Isaac was exhilarating to say the least. The roads reminded me of Ireland: two narrow lanes with no shoulders and dense vegetation trimmed back right at the edge of the pavement (in Ireland, instead of hedges there are low stone walls). We drove at a pretty good speed and I had to double-check later to see that we still had both side mirrors. However, the driver seemed very competent and I was never alarmed.

An hour later we arrived in tiny Port Isaac and the side mirrors were once again in peril because the lanes down to the waterfront are in places just 6-feet wide. Forget backing up or turning around. However, after arriving at the Slipway Hotel without a scratch, I realized I was suddenly right in the middle of the Doc Martin TV series set. I decided to consider this over a pint of Doom Bar. Tomorrow: Why it all looks so much bigger on TV.